Alphago was initially trained on dataset of expert moves of professional GO players. The process of learnig from labled training data is called Supervised learning. AlphaGO used a 13 layer neural network (NN) called “policy network” to guess next move and similar NN called “value network” to predict the winning rate. After this step, it was made to play with itself, this type of learning is called Reinforcement learning. Then finally Alphago combines both policy and value network using algorithm called Monte Carlo tree search (MCTS) in order to find the next best move.

AlphaGO Zero was developed with goal to create AI with superhuman proficiency. AlphGo zero teaches itself GO by self-play reinforcement learning and doenst use the any human knowledge other than domain knowledge.
Other Key differences between AlphaGo zero and are:

In short, the algorithm was made more general and it didn’t even used human generated data.

How well it worked? 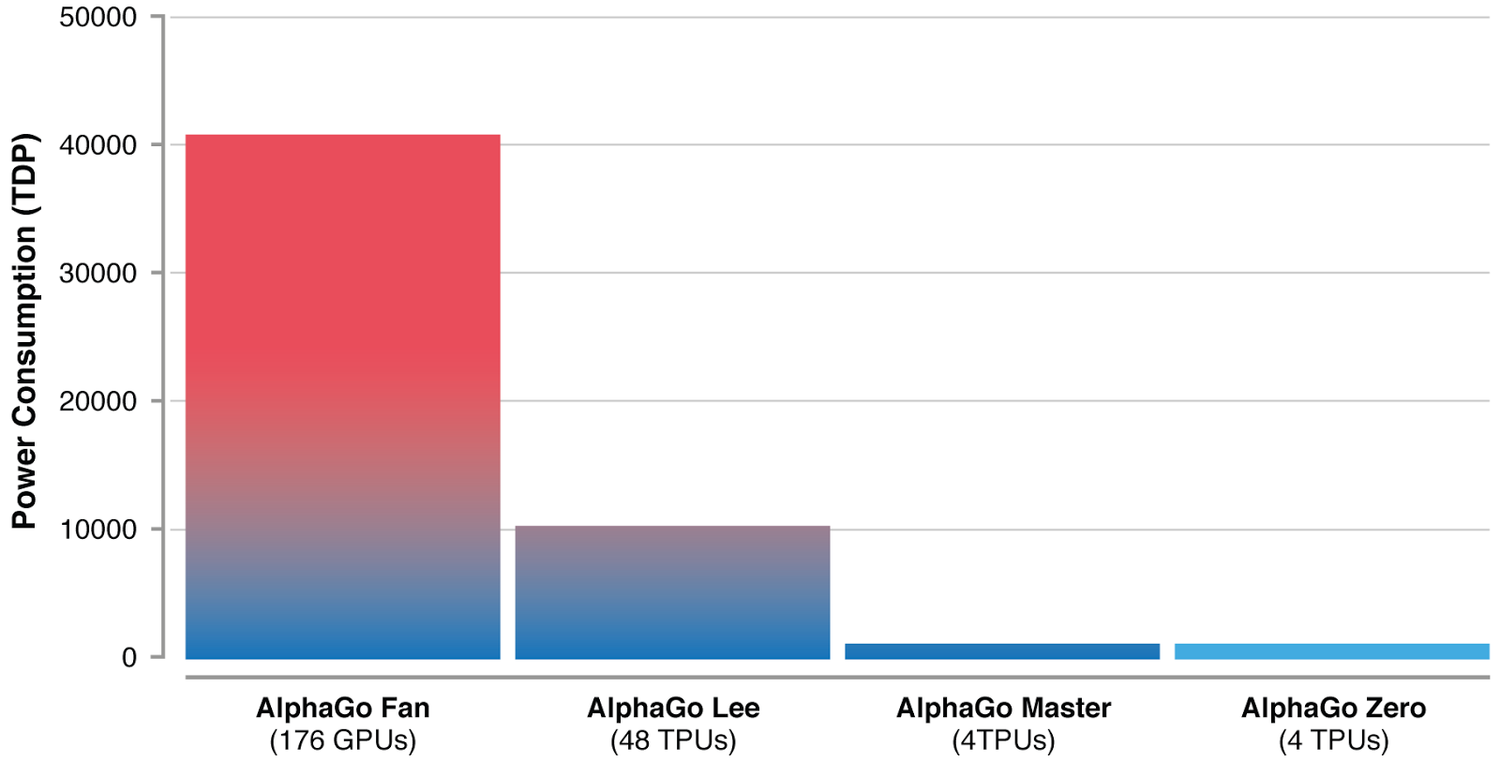 AlphaGo Zero reduces the complexity of overall algorithm by using only self play. Only NN used in AlphaGo Zero combines the roles of both policy network and value network into single architecture. It takes current board position and it’s history as input and outputs both move probabilities and winnning probability.

MCTS in AlphaGo Zero is viewed as a powerful policy improvement operator, as its calculations are used as a way to evaluate and train the NN. MCTS performs a search for winning moves. The policy evaluation estimates the value function from many sampled trajectories. The results of this search is then used to drive the learning of the neural network. So after every game, a new and potentially improved network is selected for the next self-play game.[1]

AlphaGo Zero uses less training (3.9 million games vs 30 millions games). The reason behind it is that AlphaGo Zero uses self play for training. The data produced by self-play had more advanced moves as compared to human counterpart. After every iteration, the network selects only the best moves, So it quickly gained the superhuman expert level.

AlphaGo Zero is the very first system that can be called as Superhuman Artificial intelligence system. Although AlphaGo and AlphaGo Zero are very domain specific system, they have mastered strategic and tactical innovations in the field of GO, which humans will study for many years.

AlphaGo Zero started learning from scatch and didnt need human knowledge other than the game rules. Although this might sound strange but by self-play method AlphaGo Zero was able to produce better and more accurate dataset. This demonstrate that a pure reinforcement learning approach is fully feasible without human knowledge or intervention.

Shift towards narrow AI to AGI

The most important goal of Deepmind was to understand the “knowledge”. Now that AlphaGo Zero was successful in gaining superhuman knowledge, it can be easily speculated that more tech companies will now try to implement it in broad domains of problems using more generalized approach. Deepmind has already announced that it will be using same approach for drug discovery.

TAGGED IN
AlphaGo
by

Create your own Free Blog Site

There are a lot of blogging platfroms like wordpress and blogger. Personally, I was never satisfied with the flexibility of these platforms. So I always wanted a free option to create and maintain blogs.

We can create and maintain our own blog by using site Netlify. It is basically a frontend hosting site, with a lot of cool features. It lets us create simple websites free of cost and it provides many advanced features for paid users. To create a blog like the one you are visiting right now for free, we will be using Hexo which is a fast, simple & powerful blog framework.